Skip to content
Thursday I wrote a post about how I had an idea while driving in the car which led to THIS project. While on the way home I was thinking that I hoped I remembered my idea in the first place because a lot of times my mind is going in a million different directions I swear I have ADD and thoughts come………..and they go. Thankfully I did remember but who’s to say I won’t forget some other idea.

I don’t know about you but I do most of my crafting in my kitchen. I’ve been known to make quite a mess too but it’s all in the name of blogging, right? I do have a craft room but the heat is broken in there and my girls tend to run a muck when I go in there anyway.

Anyhow, I came up with this idea to make a jar that I could keep in the kitchen and whenever I had an idea for a project, I could write it down and toss it in the jar. No more forgetting for me! I decided to call it my “Creative Juices” Jar. 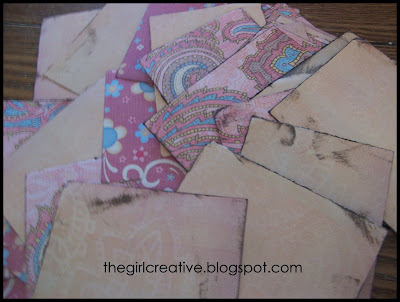 The first thing I did was take 3 or 4 pieces of 12×12 scrapbook paper and cut them into small pieces. I think each of mine measured 3″x4″? Once I had a small pile of paper, I used my distress ink and distressed them. 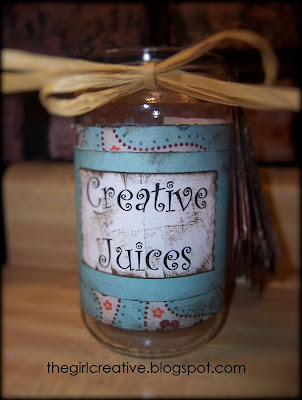 After that, I took another 12×12 piece of scrapbook paper (the blue patterned one shown) and cut it down small enough to wrap around the jar but to leave some of the jar uncovered at the top and bottom. Then I took a coordinating piece of solid scrapbook paper (the plain blue one) and cut that a bit smaller than the first one. I distressed them both and then attached them to the jar using double sided tape. Next, I printed out the words “Creative Juices” onto card stock, cut it down, distressed it again and attached that to the jar with double sided tape. 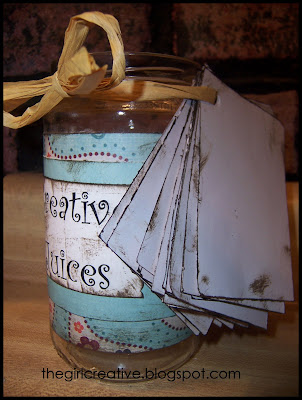 Lastly I punched holes in my stack of scrap paper and attached them to the rim of the jar with raffia. Now all I have to do when I have another stroke of genius (insert sarcasm here) is rip a piece of paper off, write it down and toss it into my jar. 🙂 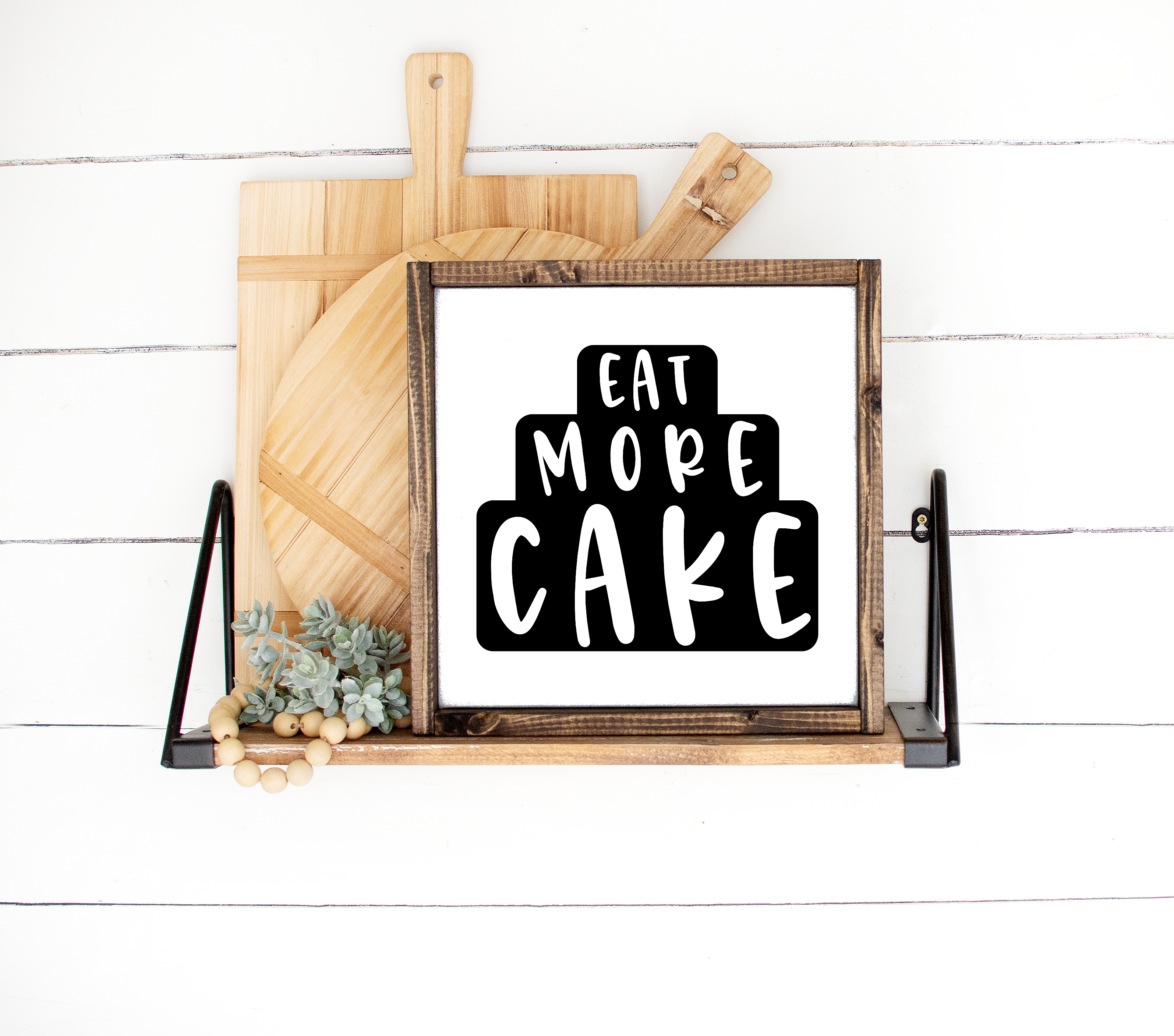