Today I’m going to take you on a little before and after trip but before I do, I wanted to introduce you to another great sponsor, Life as Lori. Lori is the cool mom and personality behind the blog Life as Lori. Every Thursday she hosts a linky party called Get Your Craft On so I hope you’ll head on over there today and join her. While you’re there, become a follower so you don’t miss out on any of the fun going on over there! Did you know that I have a celebrity bathroom? Okay, well maybe that’s stretching the truth just a bit! Ever hear of TLC’s show “What Not to Wear”? Know the hosts Stacy London and Clinton Kelly? Well, a good friend of ours knows Clinton and actually had his hand in helping Clinton remodel his home a few years ago. This same friend of ours also did some work in Alicia Keyes studio. I think that’s pretty cool and I’m sure that’s the closest thing I’ll ever get to anything celebrity. lol

So, last Spring we re-did our bathroom (and hired our friend). And boy oh boy did it need it. We gutted the whole thing down to the studs, replaced the plumbing and created our dream bathroom. I don’t think I stopped smiling the whole time I took a shower for the first time. I felt like I was on vacation. 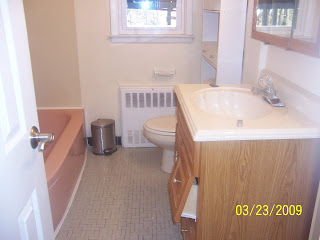 Our house was built in the ’50’s and I think the tub and floor were original. Totally gross. Wait until you see the duck tape. lol 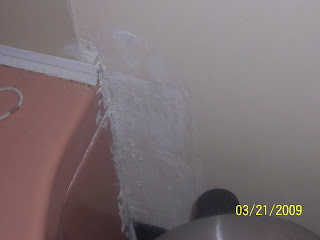 Our horrible spackle/repair job. I have no words for this. 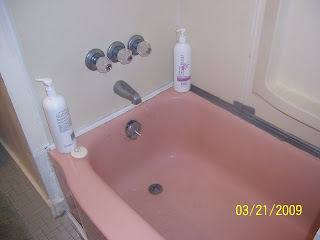 Ahhh, there it is. The ducktape. Lovely. We had caulked and recaulked it so many times that finally I just threw some ducktape on there until the construction work began. 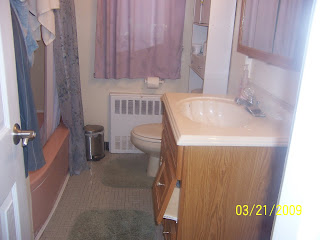 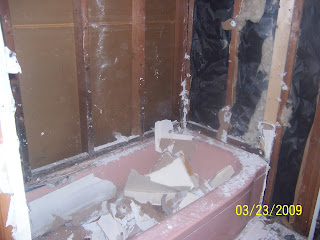 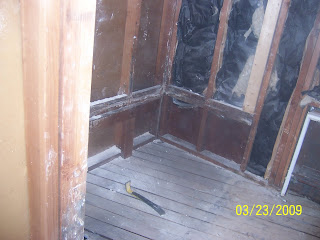 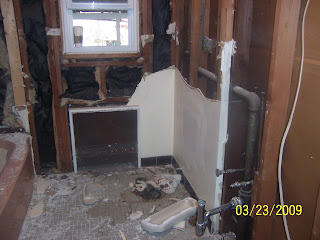 The whole job took about a month. One very. long. month.
The “After” Shots 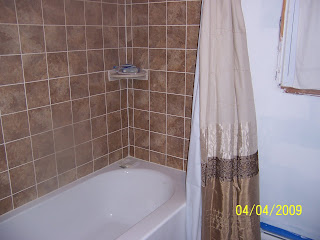 I forgot to take a picture of the bathtub and shower area after the bathroom was completed and this was the only one I have so please ignore the unfinished window and blue painters tape on the right. (I picked up the shower curtain at Bed, Bath & Beyond if anyone is interested.) 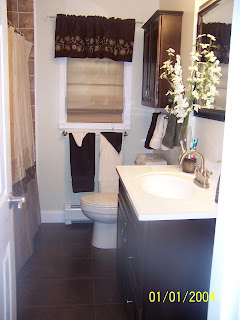 I knew I wanted the dark fixtures but was not sure about the floor. Then on our first of many trips to Home Depot (which is where we purchased 99% of the supplies for our bathroom)with our contractor (and friend, Phil) my husband saw that chocolate brown tile and I fell in love with it. I was sold. Probably the easiest decision I had to make during the whole construction process. I never want to design another bathroom. Again. So many decisions had my head spinning. Not to mention the many 3+ hour trips to HD with the 2 little crazy princesses. I’m surprised I did not wind up in a mental hospital. lol 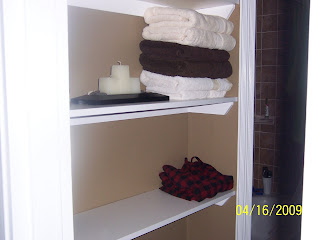 This used to be just a wall behind the door. We went into Princess Emilee and Princess Gracie’s closet and took up about half of it to make shelves in the bathroom. They now have a small closer but we did have an extra shelf and bar put up so that each princess has their own rack for clothes. 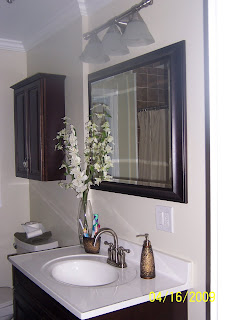 Not shown here, we also have a towel rack under the medicine cabinet for decorative towels. I made the flower arrangements for dirt cheap. Got the vase in Michael’s for a few dollars, used some old smoothe rocks for inside to keep the flowers in place and got 3 long stems/branches of flowers on sale at Michael’s also. The whole thing cost me less than $10. I love a good bargain. 🙂

So, there you have it. My “celebrity” bathroom. 🙂 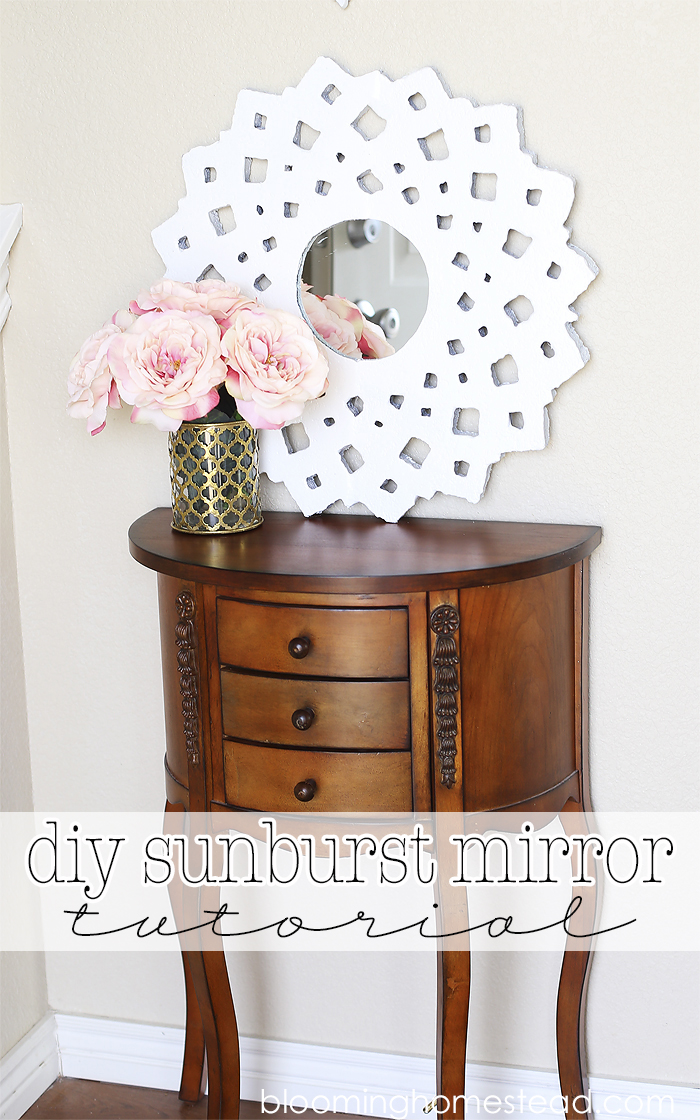